One of Vulkan’s biggest additions (compared to OpenGL) was the introduction of the SPIR-V intermediate representation for shaders. This makes it possible to use different shader language front-ends for writing your shaders, with the only requirement being to be able to compile that language to valid SPIR-V with Vulkan semantics. Unlike OpenGL (except for GL_ARB_gl_spirv) this no longer confines you to use GLSL for writing Vulkan shaders.

And while GLSL is still the primary language for my C++ Vulkan samples, SPIR-V opens up options for different shader languages. One of those options is Microsoft’s HLSL which was initially developed for DirectX, but can now also compile to SPIR-V thanks to DXC’s SPIR-V codegen. Many developers prefer HLSL over GLSL both due to the language as well as the tooling for it. 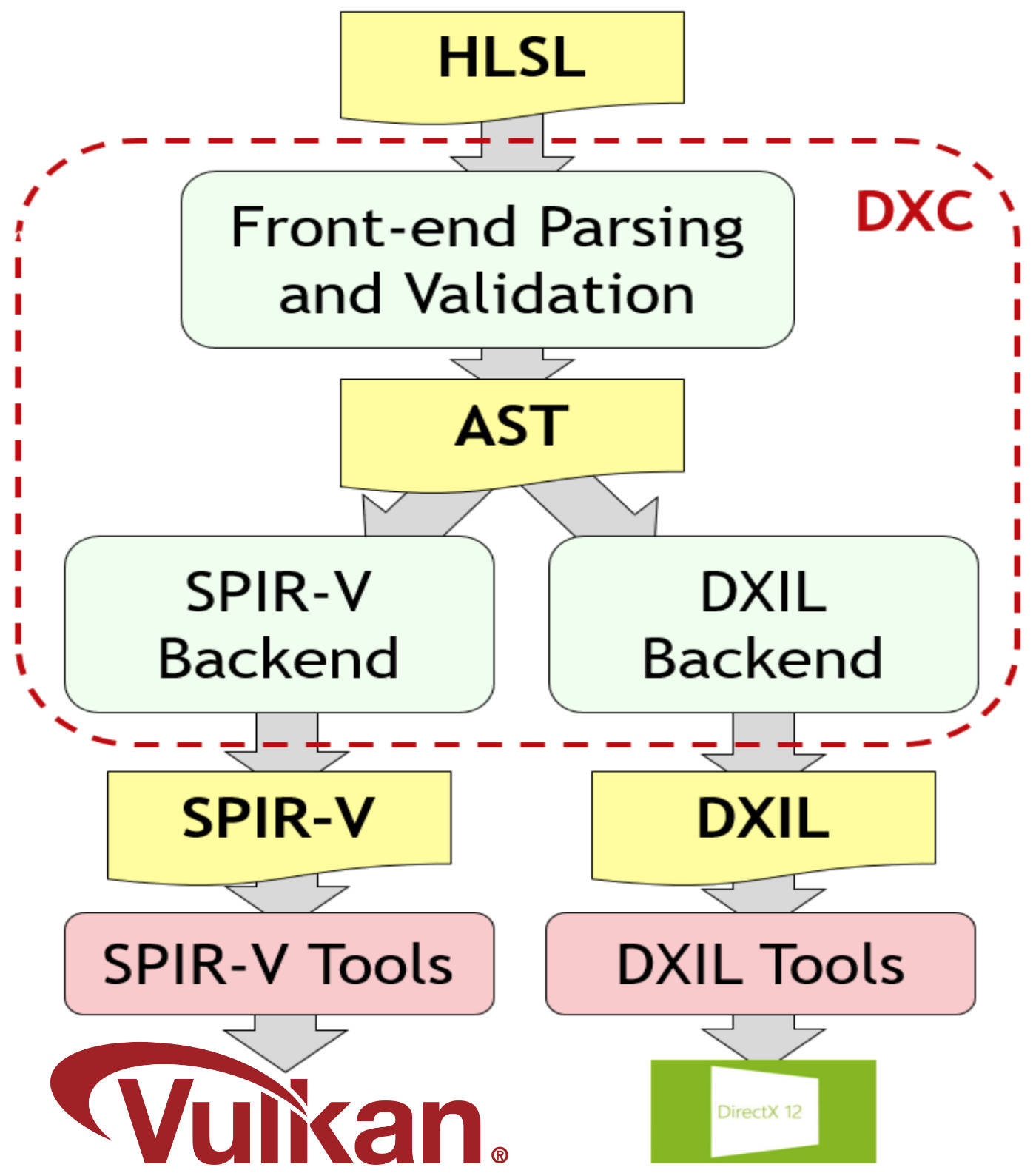 (Image courtesy of the Khronos Group)hug

A very detailed overview of how HLSL features map to SPIR-V is available here as part of the DXC repository.

And thanks to an external contribution by Ben Clayton from Google LLC, my Vulkan samples repository now also offers HLSL shaders versions for all the samples. He went through all the GLSL shaders and translated them to HLSL. There are a few caveats, but this readme has the important parts on the HLSL shaders and how to use them with my samples.

This should also be a great resource for those trying to get into HLSL, as the repository contains a wide range of shaders for all graphics and compute stages with differing complexities.

As an example here is a shader from the compute shader N-body particle simulation example: