A new version of the Vulkan Hardware Capability Viewer is now available for all platforms (Windows, Linux, Android). This is the biggest update since I released this tool, including lots of new features that also brought along a few changes to the online database. I also decided to drop the “beta” tag now that more than 1,300 reports have been uploaded, making this the first non-beta release of the Vulkan Hardware Capability viewer. 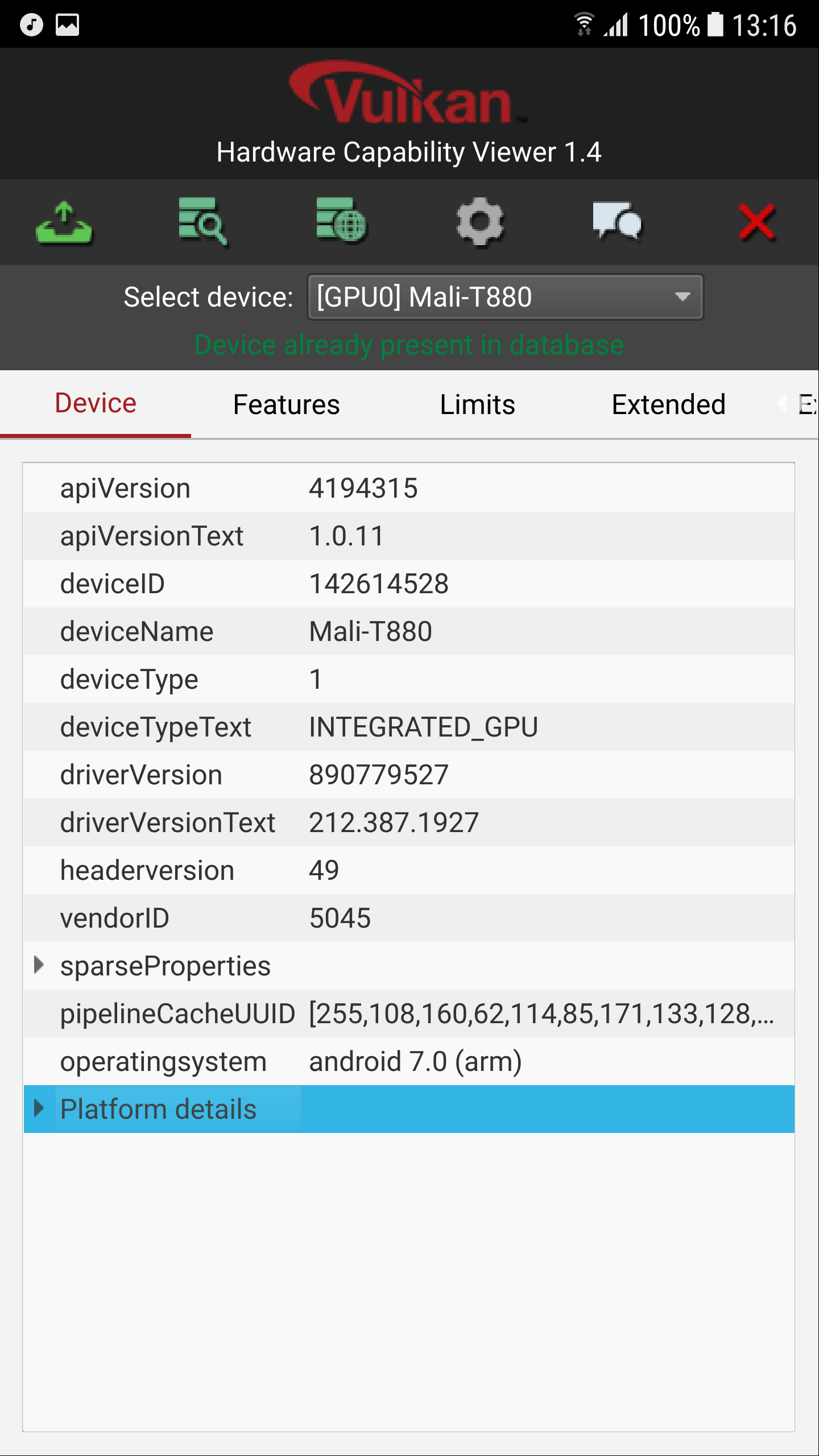 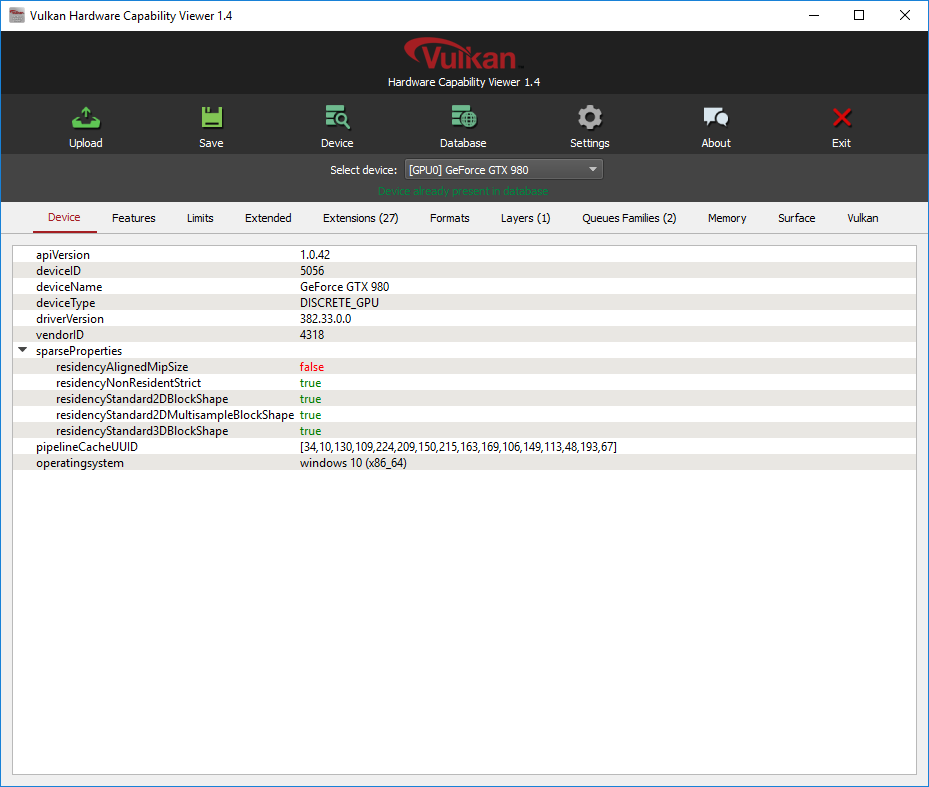 Aside from the changes to the client application, the online database now also displays all values that have added in this update, does server-side processing.

I also added an api to the online database to fetch reports as json in a vkjson_info compatible format (only newer reports uploaded with this version). If you have interest in getting access to that data (and api) please drop me a line.

Note that the Android version available on the playstore may take a while to update.